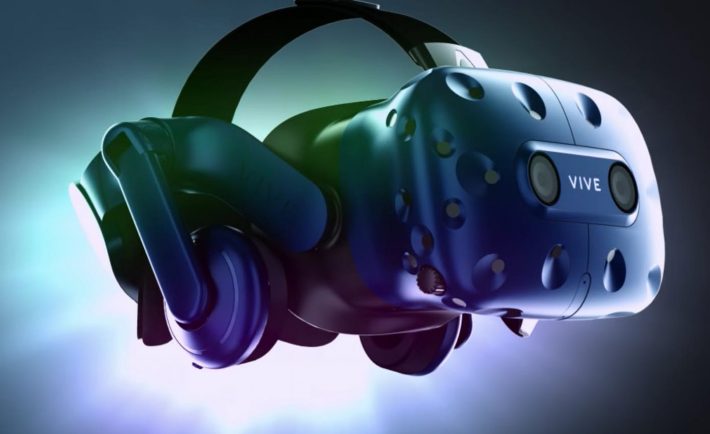 Since earlier this month, VR developers have started receiving HTC Vive Pros so they can start optimizing around the new headset. After the HTC Vive Pro’s announcement at CES, news on the headset has been trickling out steadily. Most of this news is developer-centric: prior to this story, we learned that some developers are using the new Vive Pro hardware to enable hand-tracking applications.

We've been eagerly awaiting this moment to share with you all. Announcing the arrival of the newest member of our VR HMD family… It's a Vive Pro! 🌟 pic.twitter.com/5lkK5sqh0G

Owlchemy Labs, developers of Job Simulator and Rick and Morty VR, were the first to report this on Twitter. In the ensuing chain, a few other VR developers reported acquiring the headset, including Archiact VR Games via their EvasionVR account. Seeing as this news initially broke late-February 2018, we can expect many pre-existing VR games and applications to start adding Vive Pro optimizations in the coming months.

While not every developer will go all-out with extra Vive Pro-centric features, it’s probably fair to assume they’ll find ways to utilize the new dual cameras to enable better experiences. If nothing else, they will at least optimize for the Vive Pro’s significantly higher resolution panels.

If VR is a niche market, the Vive Pro is going to serve a niche within the niche as a higher-priced Vive alternative aimed at professionals and developers. Unfortunately, this means that VR applications made to take full advantage of the Vive Pro’s hardware may be farther off than we think.