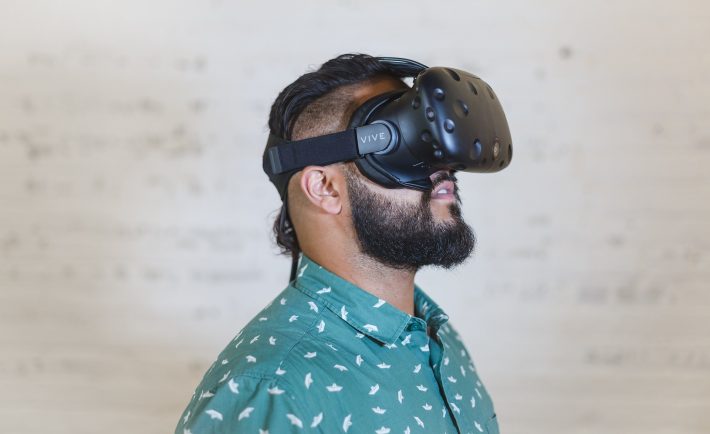 Ownership in the digital realm has always been something of a tough nut to crack. That genius tweet you just fired off? It’s a simple copy & paste away from being stolen. Your beautifully edited photography work? Right click, save as. Even for major content providers like movie studios, production companies and publishers, controlling the flow of content proves immensely difficult.

The advantage for the content creators selling on the internet, however, is that they’re able to sell their product to whomever they please, free from content restrictions, curation or fees and levies.

It’s a level of commercial freedom that has established the internet as the home of commerce in the 21st century. However, as we pivot towards virtual spaces in VR, AR and other immersive technologies, how do we maintain that freedom?

It’s a situation compounded by the fact that the tech world is presently in a vast and expensive land grab for the burgeoning VR market.

With the likes of Facebook and Microsoft investing significant sums to create the VR platform, both companies are aiming to create a platform which would, in effect, give them total control over what appeared on these platforms and how much they charged companies to appear there.

Proponents of decentralization say that these centralized platforms give their owners too much control over the content that users consume. If VR is ever going to flourish like the internet has, they argue, there’s a significant need for a decentralized VR space.

Enter Decentraland, a blockchain-based virtual reality universe. December saw Decentraland host its first property auction, with early customers purchasing parcels of virtual land for MANA, Decentraland’s blockchain currency. The land is finite and though there are no limitations in how high you can develop on your land, each square of land is only 10 square meters in size.

The advantage for investors in the platform, besides the finite amount of land available, is that because Decentraland is built on the Ethereum blockchain, the ownership of items is cryptographically established on a smart contract, preventing anyone (even the founders) from stealing or altering users’ property. Once they own the land, it’s theirs to do with whatever they want.

Eventually, this will result in a virtual environment which operates more like the internet in its freedom, allowing customers to build whatever they please, whether that’s a 50ft bronze statue of themselves, a casino, a sex shop or a kids’ clothing boutique.

The idea proved appealing, and Decentraland moved 34,548 parcels of land in the December auction. It’s an innovative use of the blockchain, for sure, but it’s not the only one around.

Although words like ‘blockchain’ and ‘crypto’ have become exceptionally buzzy, the value of a secure, neutral platform on which to build is undeniable. Business after business and sector after sector is beginning to see the value of the blockchain.

Barclays, Credit Suisse and UBS have all announced plans to build on the Ethereum blockchain whilst online casino comparison sites like these guys are comparing dozens of casinos which accept cryptocurrencies to facilitate totally anonymous online gambling.

Additionally, because of cryptocurrency transparency, customers can easily check exactly how provably fair the games are. There’s even a movement to build voting platforms on top of the blockchain!

It’s a signal that the value of the blockchain, obscured by the headline-grabbing nature of coins like Bitcoin, is – slowly! – being fully realized. Time will tell how the VR infrastructure race plays out, but with the blockchain underneath them and sufficient interest, a decentralized platform has a superb chance of success.