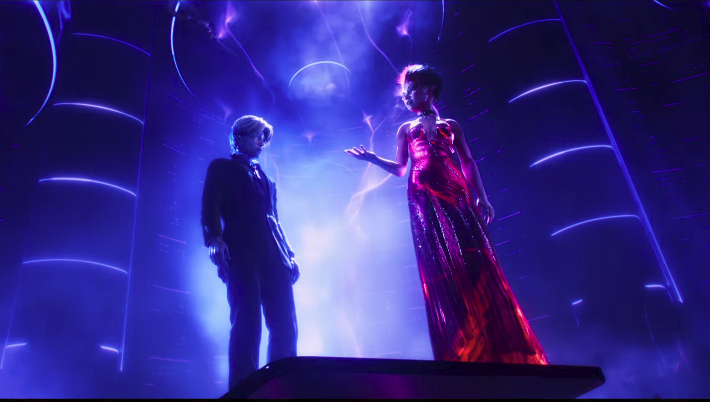 Ready Player One, a movie directed by Steven Spielberg adapted from a sci-fi novel of the same name by Ernest Cline, is making waves. This is no secret. If you’ve spent time on the Internet lately, chances are you’ve probably heard the buzz. Whether the buzz is about its box office performance or criticisms of its poster, you’ve probably heard a thing or two. It’s a simple enough hero’s journey crammed full of pop culture love, and it seems to be something that people are enjoying.

So, how is it relevant to our site, VR World?

Well, a key part of Ready Player One is actually virtual reality. In fact, the bulk of the film takes place in a VR world that seemed far-off in days of 2011, but is closer than ever to being made a reality here in 2018. With applications like VRChat, some might say that those dreams are already starting to come true.

Ready Player One hinging the way it does on VR technology is sure to spark up interest in actual virtual reality technology, and unlike the retro sci-fi it’s inspired by, it’s being released at a time when VR technology is actually quite capable. With powerful headsets like the HTC Vive and Oculus Rift on the market, as well as a number of high-profile VR games, consumers have more reasons than ever to invest in virtual reality.

Ready Player One is going to be the biggest mainstream exposure that virtual reality gets this year. While it’s a little too early to call how long Ready Player One will be at the forefront of people’s minds, chances are good that it will encourage people to take a closer look at the real-life technologies that could make it possible.

If you’ve seen Ready Player One, comment below and let us know: what did you think? Do you think this movie will help resurge the public’s interest in virtual reality?