Indeed.com boasts itself as the world’s #1 job site, and many people would agree with you. Because of Indeed’s size and scale, you can make a lot of interesting points by analyzing job posting and hiring trends through Indeed. A blog post from Indeed themselves has highlighted a number of gaming-centric trends on its site, but especially AR and VR.

According to Indeed’s blog post, virtual reality and augmented reality jobs have shot up by 93% since 2015. This is a staggering increase over just three years, and with the release of Ready Player One and constantly-improving VR hardware, this number is sure to increase. VR and AR are making constant strides forward, and these hiring patterns seem to reflect that. 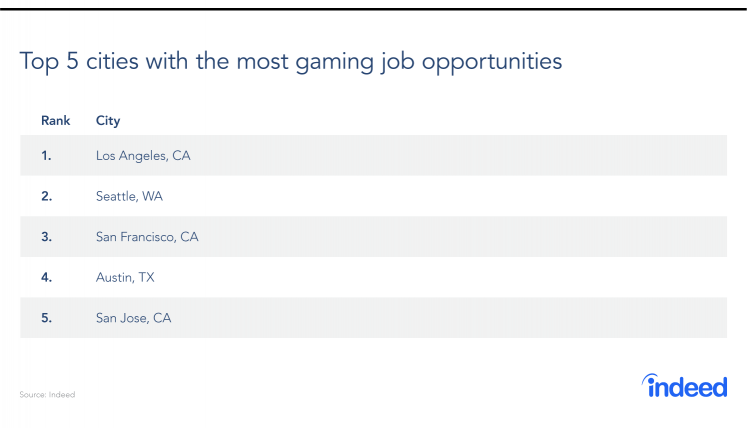 Interestingly, the cities where the most growth of these jobs are happening are home to studios like Rockstar Games, Activision Blizzard, and Naughty Dog. Rockstar has already dabbled in VR with L.A. Noire: The VR Case Files, but we haven’t seen anything from Blizzard or Naughty Dog on those fronts. Could these hiring patterns be indicative of some AAA VR games in the works at these major studios?

Unfortunately, VR and AR’s surge in hiring doesn’t seem to be reflective across the entire gaming industry. Indeed reports a decline in hires for game developers, designers, engineers, and testers across-the-board, though the sheer size of the current game industry might just mean that these positions are filled.

What do you take from this story? Do you think it bodes well for VR at large that so many jobs on Indeed are hiring for it? Comment below and share your thoughts with us!