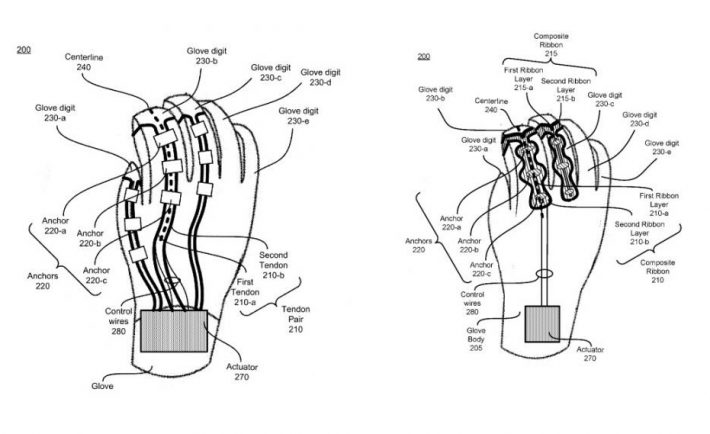 Everyone is trying to take input in VR to the next level. When the HTC Vive was introduced, its primary advantage over the Oculus Rift was its included motion controllers, providing a then-unprecedented VR gaming experience. While Oculus would later ship Oculus Touch controllers in response, they were still late to the punch in VR motion controls.

Judging by the look of these patents, though, it looks like Oculus doesn’t want to be late to the punch again. Oculus has patented new designs for haptic gloves to be used in VR, which will enable a realistic sensation of touch for its users. If this sounds familiar, it’s because a lot of people are doing it: even Microsoft revealed a project around this concept in March, though it’s not quite as thorough as this.

Interestingly, it seems like the haptic gloves have their own limitations. You’ll notice in the patents that not every finger has corresponding circuitry in the glove- it seems like only the pointer finger, middle finger and thumb will actually be supported by the haptic glove, with the pinky and ring finger left out of the fun. This could be a cost-cutting measure, or a matter of practicality, but we have no way of knowing for sure.

In either case, this and other stories bode well for the future of advanced haptic feedback in VR applications. Replicating a sense of touch is the one thing that VR isn’t quite great at yet, but with gloves like these, we may just reach that ideal soon. In the meantime, comment below and let us know: what do you think of this story?