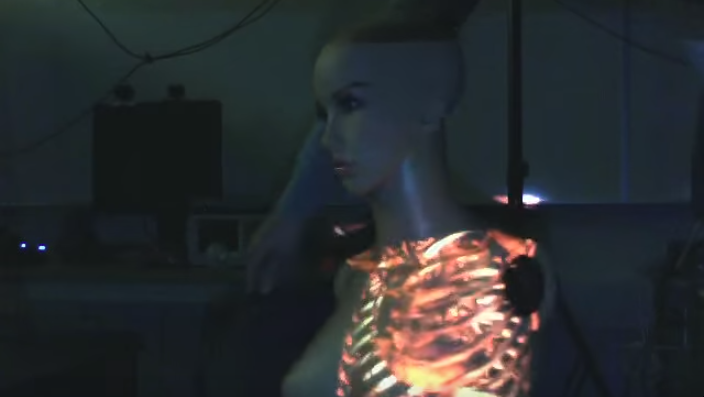 Augmented reality has been staying in the news lately, and today ProjectDR is the reason why. As consumers grow more accustomed to the technology, more innovations in AR are being found and being pushed on the cutting-edge of science and hardware development. Apple’s huge announcement aside, this week also gave us a smaller but just-as-interesting story.

ProjectDR is a system from the University of Alberta, which projects medical images (X-rays, CT scans, MRIs, etc) onto the body of a patient. In the demonstration video above, this is being shown on a realistic mannequin, and these images move in real-time with the rotation of the mannequin.

According to its developer, Ian Watts, ProjectDR has yet to be used in an actual operating room. For now, this just serves as a proof-of-concept, though Watts seems optimistic about the possibilities it opens up in medical science. Eventually, the system will offer more advanced depth sensors to allow for low-latency tracking, but even now it’s pretty feature-rich.

Current features boasted by this system include the ability to choose what is projected. For instance, a doctor may only want to see the skeleton or the lungs, depending on what it is they want to focus on. No need for a look at everything if you’re only operating on the ribs, for instance.

While ProjectDR is currently untested, University professor Pierre Boulanger says that it will soon be deployed in an operating room. It will then be used in a surgical simulation lab to determine the pros and cons of actually using the system.

However it pans, out, we’re sure it’ll be interesting.