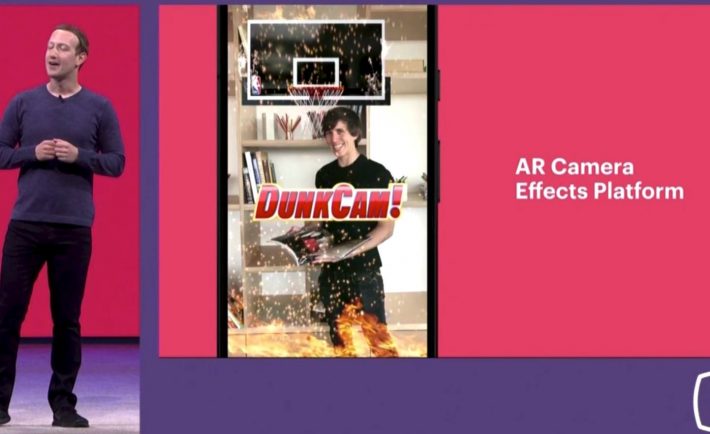 Today at Facebook’s F8 conference, the company announced new AR camera features for Instagram. Users can use augmented reality lenses and effects while sharing photos, videos and stories. These include AR face filters, which can do such things as project shades onto your face.

In addition to basic AR functionalities, the Camera Effects Platform is coming to Instagram, in a closed beta for now. Camera Effects are user-developed filters and augmented reality effects that people can easily share with others. You can even use these new AR effects just by viewing an Instagram post utilizing them.

Naturally, Facebook Messenger is also receiving new augmented reality abilities, with businesses being able to create AR effects for people to use. This includes seeing products in their home in AR.

Snapchat has often been praised for pushing augmented reality features forward, but with these latest announcements from Instagram, Snapchat is going to have to try harder than ever to keep up. While we don’t know if Instagram’ is going to make a serious dent in Snapchat’s business, the extra direct competition can’t be bad for innovation in the AR space.

Facebook also showed off their roadmap for VR/AR development, pictured above. According to the company, they expect AI, virtual- and augmented realities to be fully-integrated into the mainstream anywhere from five to ten years from now. With announcements like Apple’s 2020 VR headset and Facebook’s own efforts, it might happen sooner rather than later.