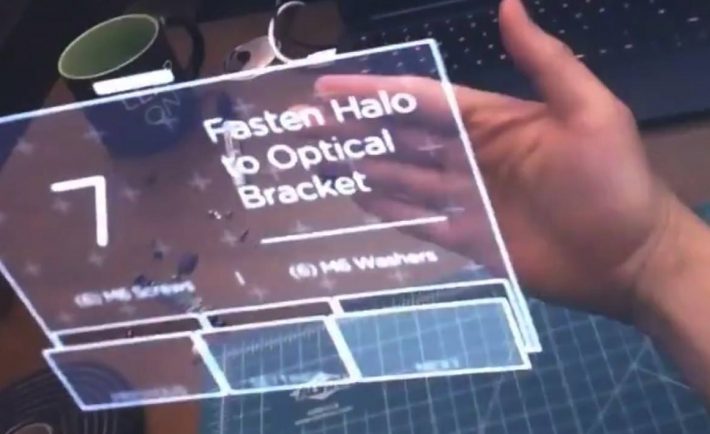 Years ago, Leap Motion made headlines when they released footage of their intuitive Leap Motion device. For those not familiar with their namesake, this peripheral allowed users to control everything on their PCs with intuitive motion controls and gestures, as seen in the video below.

In the years since that video’s release, Leap has successfully released that product and used it to supplement VR controls and development. While they haven’t released anything else since, they’ve been working hard in the background on AR and VR, and through Project North Star, they’re hoping to take AR interfaces to the next level.

When most people think augmented reality, they probably think Snapchat’s AR filters or Pokemon Go’s AR gameplay. But VR and AR have earlier origins, especially in sci-fi. One of the most popular examples of an augmented reality interface in film can be seen in the holographic AR interface of JARVIS, seen in the Iron Man and Avengers movies. While Project North Star was announced earlier in April, a recent video released on Twitter has shown that Leap Motion has made this possible.

Another day at the augmented office. Our latest foray into #AR design with #ProjectNorthStar makes your entire world interactive. pic.twitter.com/SB8SNidbCG

If you don’t know why this is a big deal, note that these AR windows are being pulled out and suspended in midair. Once suspended, users are able to move around and place hands behind them, without the software being thrown off. This shows a truly impressive depth calculation engine, and it’s far beyond your garden-variety 2D projection in AR.

This level of sophistication from an in-development piece of hardware shows promise. And since it’s coming from Leap Motion, who actually did deliver on their incredible concept videos in the past, it looks like we’re actually going to see this in the market in the near future.