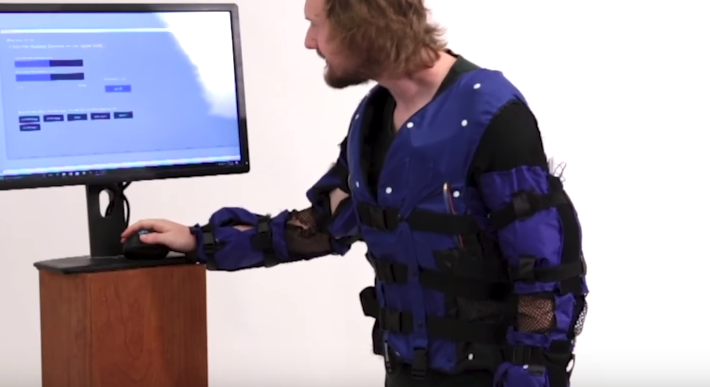 Disney’s Force Jacket is a haptic jacket from Disney, designed to greatly increase the immersion provided by VR and AR experiences. The way this works is by using advanced haptics and pneumatics to provide pressure on different parts of the body. We’ve covered similar stories before, like Oculus’ haptic gloves or Hardlight’s haptic vest, and this seems to be yet another step forward.

If you want to learn more, watch the video above or click here for Disney’s press release.

Firefox is the third-most-popular Internet browser on the market, behind Chrome and Safari. Despite being significantly overshadowed by Chrome in recent years, Firefox is still one of the best desktop browsing experiences out there, and some loyalists still consider it superior to the now-mainstream Chrome.

With Mozilla’s release of Firefox Reality, Firefox has now extended to VR/AR. Firefox Reality is a cross-platform, open-source mixed reality web browser that allows you to browse both classic 2D web pages and 3D VR/AR experiences. While the new browser has yet to release to the wider public, you can follow their Twitter for updates.