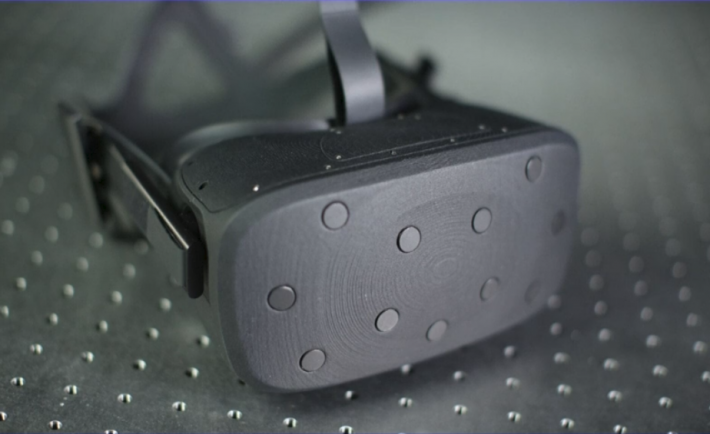 During the second day of the Facebook F8 Conference, Oculus debuted an in-development varifocal VR headset, called the Half Dome. While this headset hasn’t yet been announced as a consumer product, one would be safe in assuming that the features on display may emerge in the successor to the Oculus Rift.

The Half Dome is a prototype boasting a 140 degree FOV (wider than industry-standard 100 degree FOV), eye-tracking capabilities and varifocal displays. In most VR headsets with the feature, eye-tracking is used for a technique called foveated rendering. Foveated rendering renders what the eye is looking at native resolution, while other regions of the display are rendered at a lower resolution to save on performance.

Instead of foveated rendering, the Half Dome uses eye-tracking to supplement its varifocal displays. They’re called “varifocal” because they have a variable focal length, and this changes dynamically in accordance to where your eye is looking in VR. If you’ve played in VR, you may notice that items very close to you will seem blurry, while items some distance away look fine – this is because of a fixed focal distance that doesn’t line up with how our eyes work. With varifocal displays and active eye-tracking, whatever you’re looking at can be easily focused on, just like in real life.

The wider FOV, in addition to varifocal displays and eye-tracking, make for a much more realistic experience in VR. If these features are showing up in the next Oculus Rift, then HTC Vive and other competitors had better take note: features like these will likely be essential in the coming years, not optional.