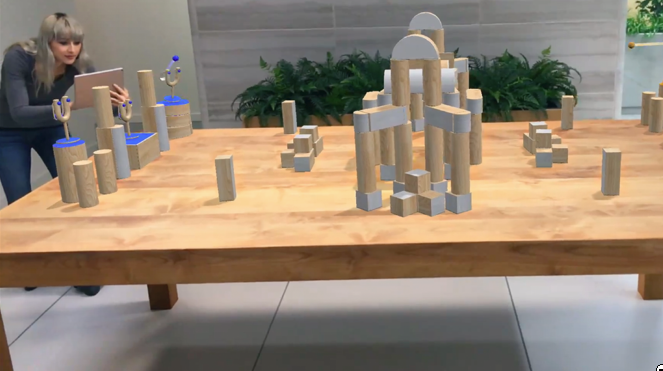 Apple is finally iterating on ARKit with ARKit 2.0, and this is big news for AR development on iOS devices. Below, we’ll briefly go over what ARKit is and what 2.0 is bringing to the table.

ARKit is Apple’s solution for AR on iOS devices. Essentially, it provides a backend and multiple features for AR on iOS applications, and it’s used as a backend for many popular iOS AR apps. While it’s possible to create non-ARKit AR applications in Apple devices (Pokémon Go being the most popular by a considerable margin), using ARKit makes things easier and provides access to a wider depth of hardware features.

What new features are coming with ARKit 2.0?

With 2.0, Apple is making a shift to multiplayer. Their main demo for 2.0 showed off a real-time slingshot game being played by two players, synchronized across both devices. These “shared experiences” are a popular concept in AR, but usually require cloud server synchronization. Apple seeks to do this differently by using peer-to-peer connections instead.

In addition to shared experiences, there’s also plenty of other improvements to things like face-tracking, rendering quality and object detection.

Another concept Apple showed off was a multiplayer Lego experience, allowing four players to control Lego avatars in real-time and play together. While still a tech demo, Apple says this will lead to more Lego AR experiences on their platform in the future.

ARKit 2.0 will likely coincide with the next major release of iOS. We’d say it’s fair to expect it this fall, alongside the rest of iOS 12’s improvements.