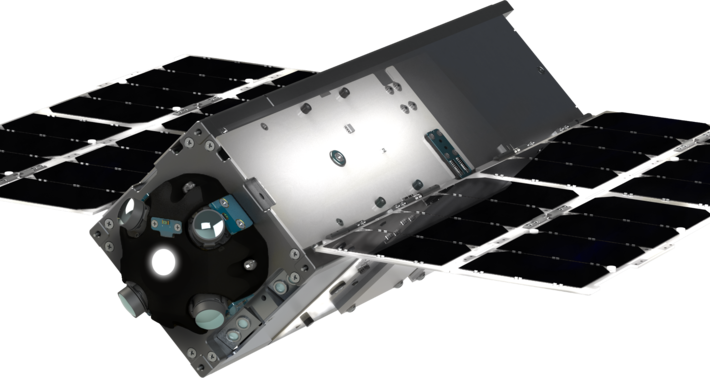 As its name implies, SpaceVR wants to take you into space. By itself, this isn’t that interesting: there’s already plentiful VR games and simulators taking place in space, for instance. What makes this one interesting isn’t the concept, it’s the execution.

How does SpaceVR take you into space?

By launching a satellite, called the Overview 1. Overview 1 utilizes multiple 4K cameras to capture 360 degree video from space, and this was made possible through multiple crowdfunding campaigns and a whopping $1.25 million investment from Shanda Group. A render of this satellite can be seen in our banner above.

Using this satellite, users will be able to enjoy an ultra high resolution view of both outer space and our planet in VR.

How can I use SpaceVR?

Unfortunately, this isn’t just an app you can install on your phone. Not yet, anyways.

People who want to hop on the SpaceVR hype train will need to attend this year’s Burning Man, specifically the Tree of Life art installation. For just over eleven minutes, users will be viewing the VR footage while inside “Galactic Spaceships”. These Spaceships are floatation units featuring a specialized sound bed, meant to mimic the feeling of floating in the vacuum of space while viewing VR footage of the real thing.

Aside from Spaceship experiences like these, SpaceVR will eventually be selling subscriptions to their footage that users will presumably be able to view on their phones, PCs and standalone headsets. They have quite a lot of money to make back, though, so don’t expect it to be cheap.