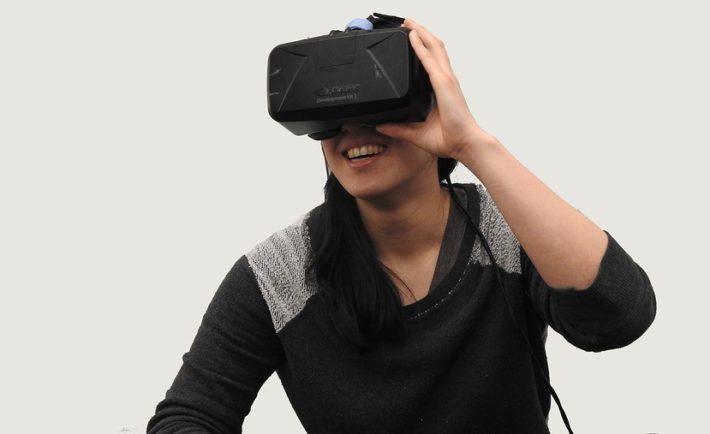 Until recently, we’ve had only two options when it came to virtual reality. One of them was the big, tethered headset good for everything from shooters and racing titles to a real-time casino games and other content aimed especially at adults, and the other was the lightweight, portable headset powered by a smartphone with all its limitations and shortcomings, but a much better price. Now Oculus, the company that re-kindled the VR revolution, has come up with something in between called the Oculus Go. While it is not perfect by any means, and it still has a lot of ground to cover before it could bring VR into the mainstream, it’s the perfect first step in the right direction.

The Oculus Go headset is a lot like a smartphone-powered solution – sans the smartphone, of course. It has a miniature computer under its hood, powered by Qualcomm’s Snapdragon 821 SoC with 4 Kyro CPU cores with a speed of up to 2.4GHz each, paired with the Adreno 530 GPU that supports OpenGL ES 3.2, OpenCL 2.0 full, Vulkan 1.0, and DX11.2. Its screen is a 538ppi 2560 x 1440 WQHD, fast-switch LCD masterpiece, and it comes with Oculus’ signature high-quality optics. It comes in two flavors – the one with 32GB built-in storage costs $199, making it the most affordable standalone VR headset today, and there is a 64GB version available for $249.

Hardware is not everything, though – so Oculus prepared a massive library of content for Oculus Go users, covering everything from “tried and tested” Gear VR classics to a series of brand new games and experiences to enjoy on the go. Plus, it has also added Oculus Rooms to the mix, a virtual reality social space where users can hang out, play games, share photos, and listen to music together – it’s a lot like a VR social network, and it sounds a little familiar.

If you already have a high-end smartphone, say, a Samsung Galaxy S7 or above, you will probably be better off buying a Samsung Gear VR headset – it has the same Oculus optics, it comes with a controller, and costs around half as much as the Oculus Go. Compared to the Gear VR, the Oculus Go’s only major improvement is that it doesn’t need a high-end smartphone to work.

One of the things Oculus will want to work on is the device’s battery life – even if it does reach “up to 3 hours”, as advertised, it can quickly become too little when you finally get into the game. Another one is its weight – constantly wearing a one-pound (almost 500 gram) headset can become tiresome pretty fast. And then, there is also the lack of truly great content – after all, playing repetitive VR games gets boring pretty fast.

Even with its shortcomings, the Oculus Go is a headset that offers its users something new to explore. It’s a truly standalone device that will hopefully get its share of upgrades so it will become a new standard for everyday VR use.