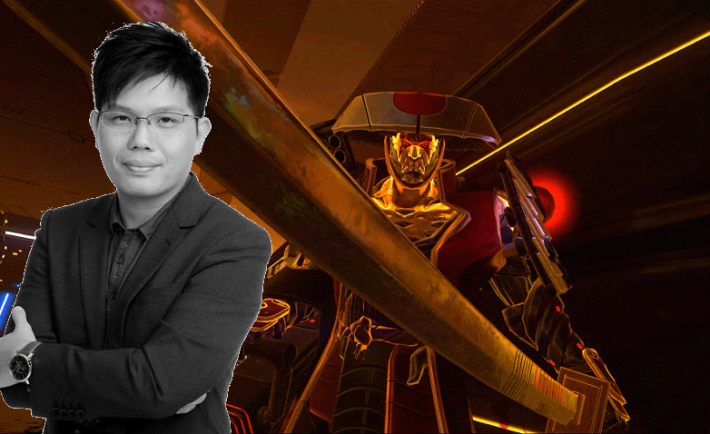 Sairento VR is a VR first-person action game sporting a futuristic neo-Tokyo aesthetic. It earned its place on our Top 10 VR Games of 2017 list, and because of that, we at VR World reached out to Aldric Chang to learn more about the development of Sairento and his insights on the VR industry. 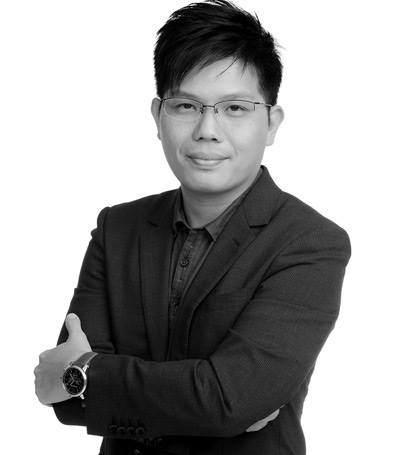 VRW: Can you introduce yourself to our readers?

My name is Aldric Chang, CEO of Mixed Realms, the company behind Sairento VR.

VRW: When was the idea for Sairento VR born?

Two years ago, when we were brainstorming what concept we wanted to come up with for a VR game. We love ninjas and cyberpunk culture, so Sairento VR was born.

VRW: What was the most difficult part of the development cycle for your studio?

The period just before we launched the full game. There were so many things we wanted to make better and make right, but time never seemed to be enough. To be honest, we are still not very happy with the game. This is why we intend to spend a lot more time improving it, adding even more features and content, before calling it a day.

VRW: Would you say that developing for VR is more expensive than, say, a traditional first-person or third person title? If so, why?

Yes, for sure. We have to invest in more powerful PCs and the VR headsets. 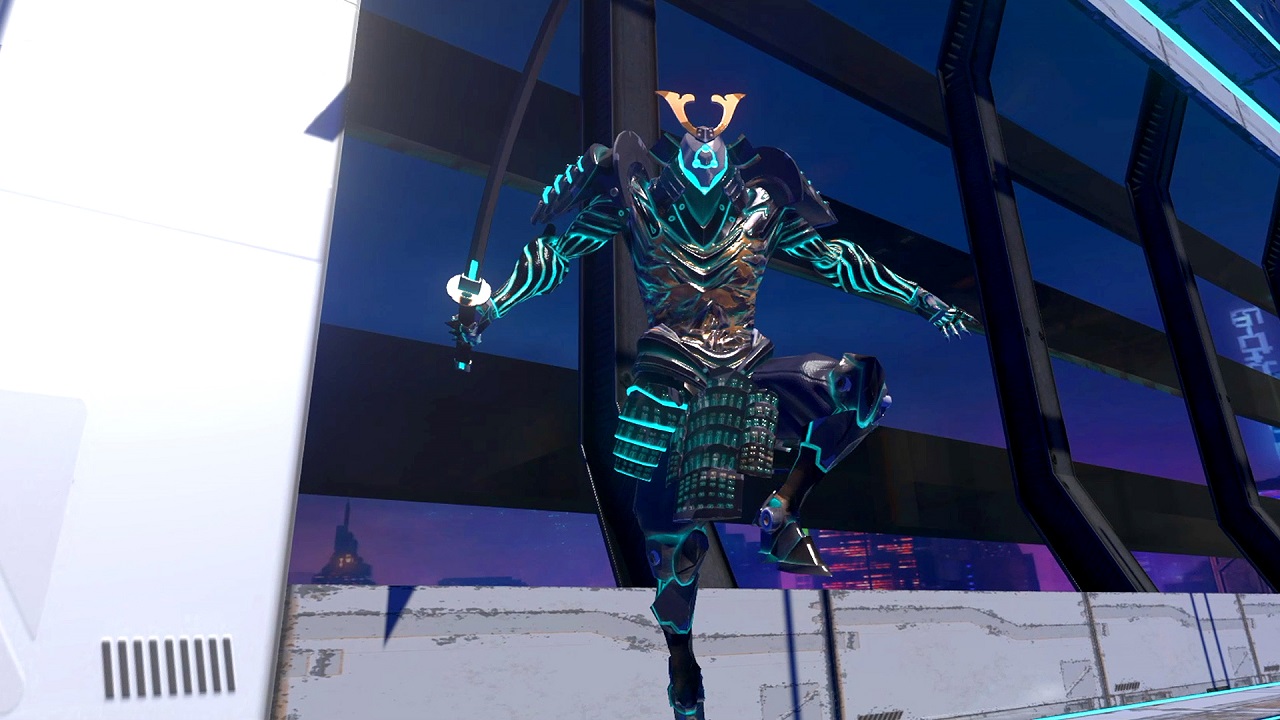 VRW: What was the hardest feature to add to Sairento VR?

The jumping mechanism. We had to keep testing and tweaking the jumps to ensure that they wouldn’t induce nausea. (This is a common concern in VR development: see our article on movement in VR for more information.)

VRW: What’s your end goal for the Sairento VR project?

We intend to keep adding content, features and eradicating bugs until the game is more or less bug-free.

VRW: What was it like to get Sairento VR on Steam?

Our game received very good traction on its very first day of launch! From there the momentum kept going. Of course, we had to do some form of marketing to keep it going but we had a great start. 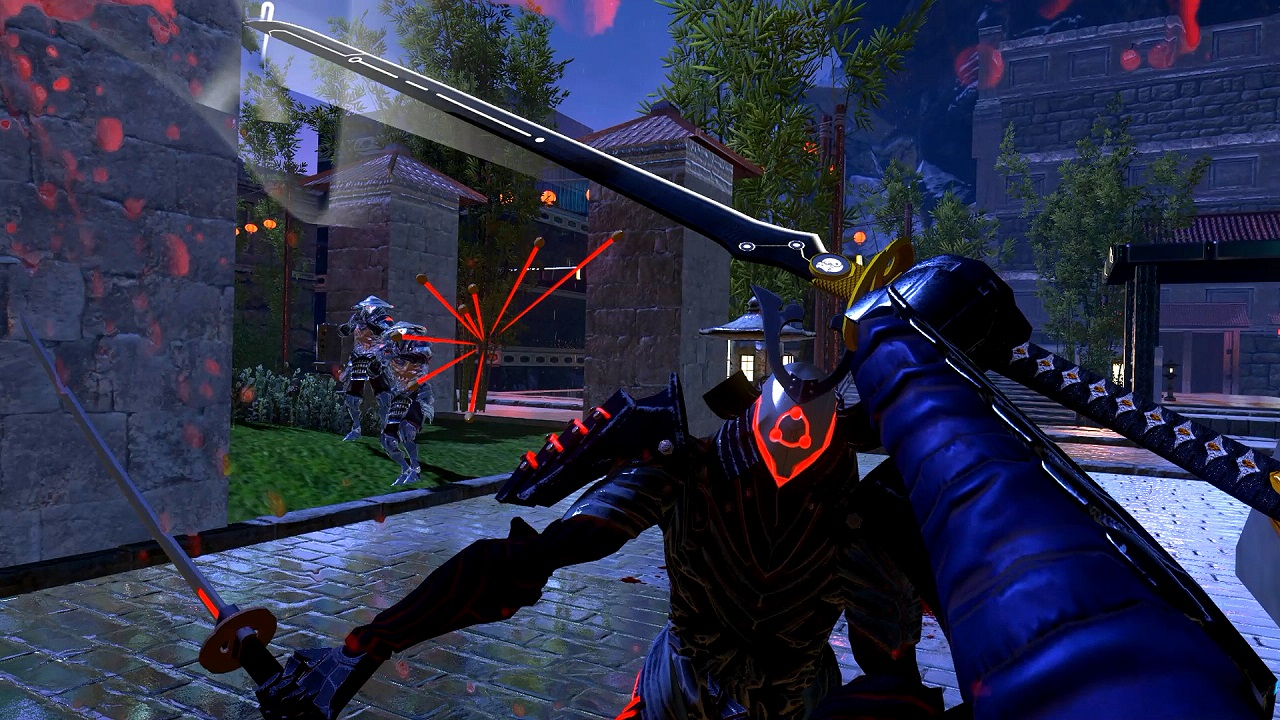 VRW: How has the critical reception of Sairento been?

We received mostly 8 to 9 review scores, some 7s and a couple of 6s. It’s hard to say why there’s such a big range, but if I were to hazard a guess, I’d say that Sairento is the kind of game you will love if you love action combat games and hate if you prefer another genre altogether.

VRW: How did you advertise Sairento? Do you feel the game is a success as a result of your marketing efforts or word-of-mouth?

We spend a lot of time engaging fans on social media platforms and our own forums. I think that for any game to be successful, it is not purely due to marketing or word-of-mouth. First, it has to be a good game that people enjoy playing. Only then will people talk about it and will any form of marketing work. Otherwise, people will just be bad-mouthing the game and any form of marketing will be wasted.

VRW: Do you think that VR gaming will continue to grow?

Most PC gamers who have tried out VR gaming love the experience. They understand that it is difficult to find the same level of immersion and engagement in conventional gaming. As hardware becomes more sophisticated and prices become more affordable, the adoption rate for VR gaming will slowly but surely pick up.

VRW: What do you make of the VR announcements brought out at CES? (HTC Vive Pro, etc)

It’s very heartening to see the VR industry continue taking strides in hardware and software advancements. It shows that corporations and investors are still interested in this space and that the industry is moving forward as a whole, not necessarily rapidly but it’s definitely advancing. It also shows that there is still a lot of ground to cover for VR before we can say that we have fully harnessed and mastered the technology.

VRW: What’s the most challenging part of working in this part of the industry?

The relatively small VR gaming market at the moment provides zero possibility for a VR game company to make a lot of money. So the company will have to be very wise about keeping manpower lean and not over-project potential returns.

VRW: Where do you think your company will be in five years?

We will be one of the leading cutting-edge game developers specializing in games made with gamers that are cross reality and playable across multiple platforms.

Aldric Chang ended our interview with the confidence expected of someone behind one of Steam’s top-selling VR games. For more exclusive industry insights, check out our interview with an owner of a VR arcade or an exclusive Q&A with the folks at Qualcomm. For more content like this and daily VR news, stick with us here at VR World!