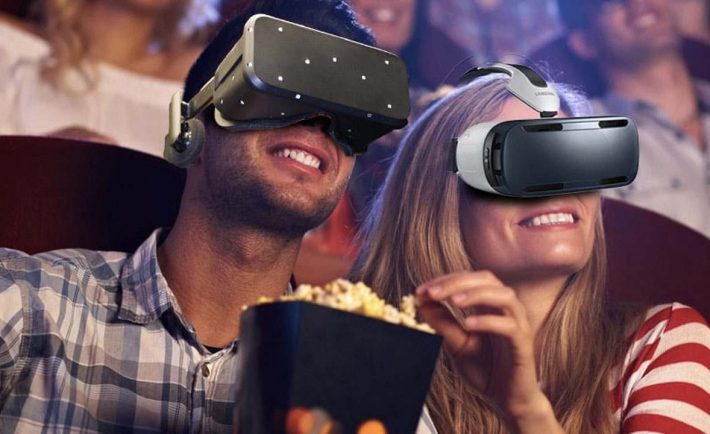 Virtual reality is present in the gaming industry for some time now. VR production studios have special recording equipment, which allows them to create VR adventure experiences for users. Virtual reality gaming on PlayStation demands VR equipment, VR headset, camera bundle, and controllers. This trend is getting more attention for the last two years, and gaming companies are developing new games and enhancing equipment. So, can VR step out gaming comfort zone into something new? How to combine VR and the movie industry (film) into something new and interactive?

Can you imagine watching 102 Dalmatians with your children in VR or have a stressful night watching Ozark? Watching movies in VR will be over a whole experience, from children’s movies to action thrillers and horrors. Let’s assume they make the Ozark series in VR. All the tension and action moments from the series will catch viewers. There would be a lot of running and sweat in that episode. Imagine you could visit a casino boat with Marty and almost touch that amount of money that he gets to see from episode to episode. But, for now, we will need to wait for some time to go into Marty’s world. Now, we can play VR virtual casinos or online games via web browser and enjoy a show on TV without feeling like we have to run from mobsters. Until we see our favorite TV shows in VR, few movies get made in this technology.

At Sundance Film Festival, PBS Digital Studios presented My Brother’s Keeper short Virtual reality movie inspired by PBS drama Mercy Street. With 120 frames per second, this brings slow-motion effects to the screen. The movie got shot for viewing in VR, which is different from filming a classic film. The movie is 3D filmed with 360-degree and 120 frames per second so the audience watching in VR can see everything around them. 3D-260-120 movie was never in production before as it’s a long process that needs a lot of consideration. Moviemakers used 120 frames per second because of the higher frame rate that VR demands to produce that real extra presence feeling in the viewers. On the other hand, the natural slow motion that visitors in the movie receive gets made with a lower refresh rate.

Virtual Reality in the Movie Industry

The 360-degree view on 3D visuals will get enhanced with binaural sound. Background sound will react to movements of ”visitor” in the movie. There is still a lot to learn and discover to make the ultimate VR film experience for the masses. VR is still on the experimental stage in the filmmaking industry, and there is a long road to go before VR movies hit the theatre. There were screenings at festivals, but equipment demand is high, and prices are even higher. With that in mind, VR is still reserved for playrooms and home gaming centers.

For now, VR is successfully used in the gaming industry and for the last two years in some tourism/cultural aspects as museums, natural parks, cities, and attractions like casinos, rollercoasters, and trips to fantasy worlds like Hogwarts. So VR is heading in a good direction, and we are sure there will be more VR movies in the future.