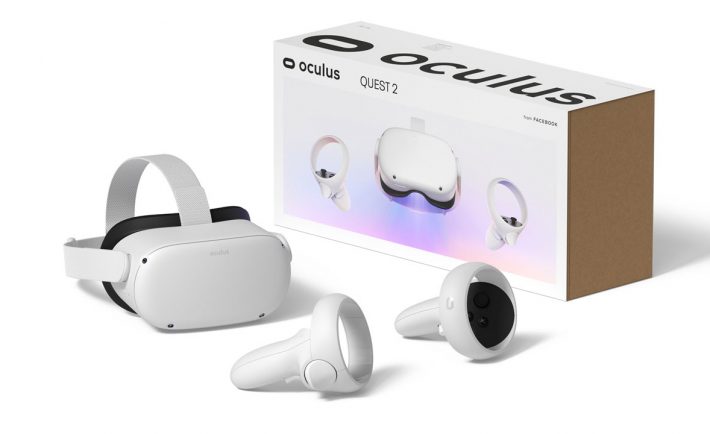 What Does the New Oculus 128GB Model Bring to the Table?

On August the 9th, Facebook announced that the Oculus Quest 2 VR Headset storage would double from 64GB to 128GB. Don’t get confused – it’s not a free upgrade for all the existing users. It simply means that for the same price (300 US dollars), users will get 128GB of storage rather than 64GB. And the only way for users who already bought their headsets to increase their storage is to buy the new ones since Oculus storage doesn’t support memory expansion. Storage size counts a lot when it comes to VR. One thing that is interesting to watch is how VR will interact with the Internet. It could do a lot for the immersion aspect of regular daily Internet browsing. You can get a natural feeling of being somewhere—a luxurious online casino to bet safely. You won’t feel you are sitting in front of a screen pretending to be somewhere else but instead have a 3D impression of being in a real casino, all from the comfort of your own home and without having to lift a finger. Well, maybe you will still need a finger. But no walking or driving.

Most likely, this is Facebook’s way of saying sorry for the recent controversy their Oculus Quest 2 caused. They got forced to stop selling the model because many owners developed skin irritation in swelling, burning, face rashes, itching, bumps, etc. The most likely cause is the removable foam that touches the user’s face when the headset is worn. So, of course, the new model is coming with a unique silicone cover with the hope of solving the problem.

A Pretty Impressive Bunch of Specs

Before the controversy, Oculus received solid reviews. A VR headset with no cables required, display with good sharpness, strong processor, and accurate motion tracking. However, many people were disappointed with and what still hasn’t got fixed is the short battery life lasting about three hours. Still, the increased storage will users increased flexibility in managing their VR content.

VR and the Future of Gaming

How much does VR change the gaming experience? It is hard to say because it still hasn’t gone mainstream. It is still only used primarily by techies rather than the wider population. And those two populations can have different preferences. On Amazon, Facebook promises “Incredible VR games: stop watching games and step into them. Whether you’re dodging spells or slashing through enemy hordes, you’ve never been this close to the action.” Not only that, they offer a Guardian system to help you avoid objects while playing games. Sounds promising, but that is only one-half of the equation. For VR to be successful and adopted, others need to follow. We need more game developers that are producing games tailored first most for VR. It needs to be presented in popular culture now as something from the future but still today. A good VR headset from Facebook might be a good start in that direction, but only that. Just a start, and we have a long way to go before VR can truly revolutionize gaming.