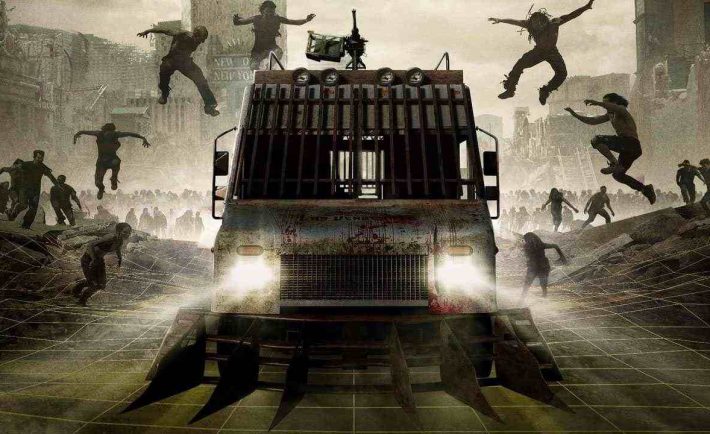 What to Expect from Zack Snyder's Army of the Dead companion VR Experience "Viva Las Vengeance".

For this, Netflix partnered with Pure Imagination Studios creating a tactical taco truck ride for up to six players as they fight their way through zombie-overrun Las Vegas. It isn’t strange or unusual for Netflix to be doing this kind of thing. First, they have the money to make it happen. Second, they have the content to tie with marketing moves (VR experience). Closely connected to this is that they’ve done it many times before. Take their series, Ozark. As you maybe know, a significant part of the last season was a fight over the ownership of a riverboat casino. Knowing how Netflix markets their stuff, it’s very likely that we’ll get an online slot machine based on this popular show, with characters, locations, sounds, and phrases from the series covering everything that made this show a hit. They always find a way to do something exciting and new. It also works for American and European casinos to level up their business by appealing to new users.

Coming to Your City

First of all, the experience is mobile. Viva Las Vengeance is touring major cities around the US and Europe, and the first stop was Las Angeles, on the roof of the Westfield Century City shopping mall.

You have the option of choosing your avatar, your nickname, and your weapon, with the alternative being a shotgun or an assault rifle. The venue staff is dressed like soldiers and constantly tries to provide more immersion by being in character. The VR is pretty good because it is light, not very invasive, and has much breathing space and flexibility.

The training video explains the plot of the game. You are in a convoy that is going to Las Vegas to rescue civilians from the zombies. Simple enough, what is most important is the VR anyway.