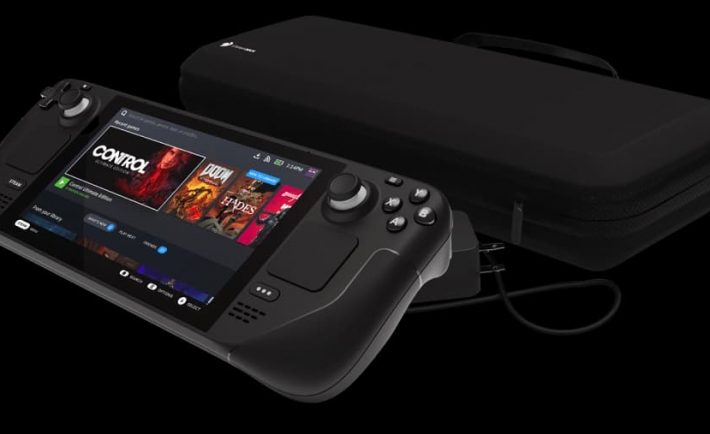 One of the most anticipated releases of 2022, Steam Deck allows you to play all of your favorite PC games right in your hands. It combines the portability of a Nintendo Switch with the power of a gaming PC. The significant difference between the two systems? The Switch is a closed system, while the Steam Deck is an open PC connecting any hardware type. So, technically you could use a VR device with it. The challenge is whether or not you’ll get the whole experience.

Are VR Devices Compatible With the Steam Deck?

As an open PC, you have a lot of flexibility when using the Steam Deck. You can use just about any external hardware to improve the already impressive gaming functionality. Many gamers reported that they even had success with their favorite VR devices during beta testing, Oculus Quest being the most popular choice here. While the Steam Deck does allow you to connect the hardware of your choice, this doesn’t mean everything will perform exactly how you expect it to or how it works with other devices or systems.

EsportsHeadlines.com reported that the internal workings of the Steam Deck include AMD Radeon DNA GPU, an AMD Zen 2 CPU, and 16 GB of RAM. Depending on which model you go with, the storage capacity varies, with the option of slower 64GB eMMC and faster 256GB or 512GB PCI-e Gen 3 x4 NVMe SSD’s. If you would need more storage, Steam Deck max SD card size is set to 1 TB.

When you pile all those hardware specs in one place, you’ll be able to run all of your favorite PC games with ease, but could you realistically connect your VR devices to the Steam Deck. What would that experience be like?

Even with the internal hardware and options for external connectivity, successfully using your VR gaming accessories with your new Steam Deck is pretty slim. Not only are VR games not officially supported on the platform, but users that had access to the system during the testing and Beta period also reported that it took a lot of work to get things going, including running it in the Linux desktop mode and working on some of the drivers. In addition, the video did not transmit appropriately to the VR headset even after all of that work.

What Valve Says About Using VR Devices with the Steam Deck

When you go to Valve’s Steam Deck FAQ, they do address whether or not the Steam Deck is intended to be used with VR headsets. The short answer is: No. Their official statement on using the Steam Deck with VR hardware is: “Technically, it’s possible. We’ve seen people jury rig it, but we didn’t design and optimize Steam Deck for VR.”

So, if you have the knowledge and capabilities to do it, you may be able to make some modifications and get it to work, but for the average gamer, don’t expect to use your favorite VR headset with the Steam Deck.

While the Steam Deck has plenty of ports that will allow you to connect your VR headset, the truth is, this system is just not made to support this type of gaming. That’s not to say that Valve won’t come out with a VR-compatible version of the Steam Deck in the future, but as it stands, if you prefer VR gaming, the Steam Deck is probably not the best choice for now.