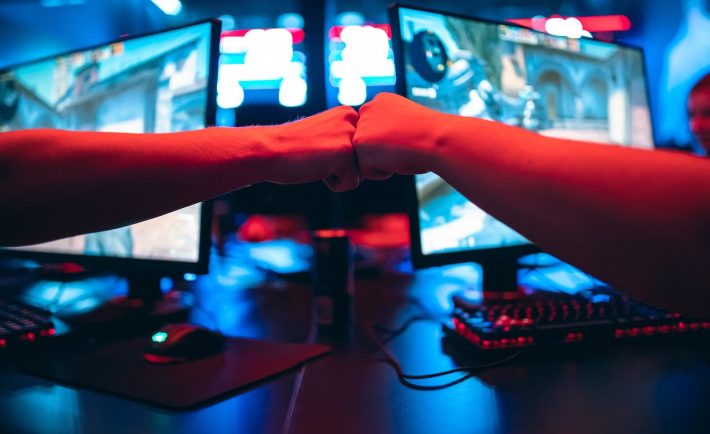 The Damage Media Group just revealed that is has acquired EsportsHeadlines.com. In operation since 2016, the digital magazine caters to esports enthusiasts, providing them with the latest news and updates in the online gaming sector, as well as guides to the most popular games. In the press release published on Benzinga.com, DMG added that the website will be its fourth major project and will join PrinterHeadlines.com, CasinoHeadlines.com, and GamerHeadlines.com in its expanding portfolio of “Headlines” sites.

Content for EsportsHeadlines.com will be provided by experienced authors with their finger on the pulse of the tech and gaming industry. Jackson Haime, April M. Reid, and Jermaine Delos Santos will be the website’s senior writers, with several industry professionals signing on as contributing writers. Editor Jessica Scott will provide any last-minute polishing in terms of grammar and formatting.

The full press release can be found below:

TALLINN, ESTONIA, May 2nd, 2022 – Damage Media Group (DMG) today announced the acquisition of EsportsHeadlines.com, a digital magazine known for its coverage of competitive gaming topics through news articles, guides, tutorials, and reviews. From today onwards, the domain and all its associated social media and content assets will join their Headlines group of sites and continue operating under its current name.

Initially launched in August 2016, the site anchored its focus onto titles popular back in that era, including Titanfall, Runescape, Arma, Unreal Tournament, and similar games that opened up the esports landscape. As new releases vied for the limelight, the team behind the site remodelled their esports news category and now focuses on the most popular titles, including CS: GO, Fortnite, LoL, Overwatch, Apex Legends, DotA 2 and others.

The site operates on the latest version of WordPress, an open-source CMS known for its rich eco-system of plugins. Meanwhile, its clean, modern look is attributed to the modified Soledad Magazine theme, a premium digital magazine layout optimized across all devices. Site migration to A2 Hosting will foster better site speed and viewing experiences, even with high-volume traffic.

In 2021, the global esports market acquired a value of over 1.08 billion USD, up almost 50% from the previous year. The industry’s colossal growth isn’t dampening anytime soon, especially since the market’s revenue is forecasted to reach 1.62 billion USD in 2024. In the same year, the global esports audience size has expanded to 474 million people. Based on this proven success and potential of the esports sector, EsportsHeadlines.com is strategically angled for exponential growth and upscaling in the coming years.

EsportsHeadlines.com marks the fourth acquisition of Damage Media Group. Back in April 2021, the company acquired PrinterHeadlines.com, a technology website catering to home office workers and printing enthusiasts, covering topics such as Inkjet, Laserjet, and 3D printers, as well as buying guides and machine troubleshooting. In November 2021, CasinoHeadlines.com joined the Headlines group – the iGaming, B2C news publication boasts a broad array of articles involving the expansive casino industry, including relevant news, reviews, and strategies. The third, and most recent addition to the group, was GamerHeadlines.com. Acquired in March 2022, the site has a track record of covering the console gaming market for almost a decade.

With the well-thought acquisition of EsportsHeadlines.com, DMG edges closer to a complete vertical coverage of tech and gaming websites.